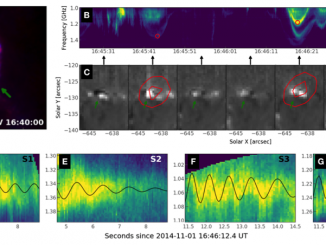 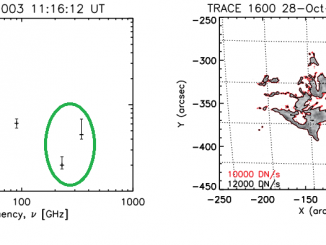 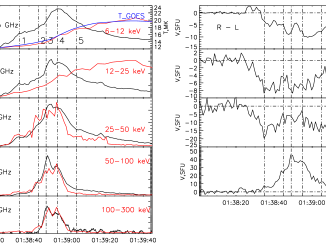 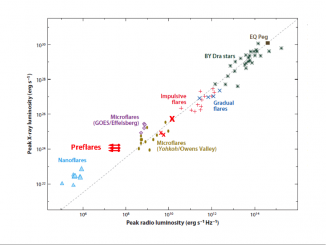 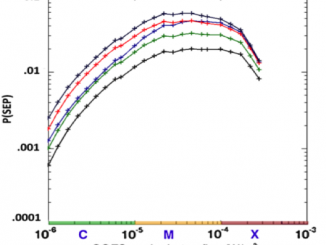 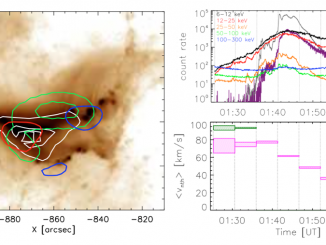 Particle acceleration during solar flares is a highly efficient process, in terms of both the energy (tens of percent of the released magnetic energy can be transferred to the energetic particles) and the particle number (nearly all electrons in the flaring region are accelerated). So-called stochastic acceleration (e.g., Petrosian 2012 for a review) is one of the most popular mechanisms capable of providing these characteristics. In this scenario, the magnetic […] 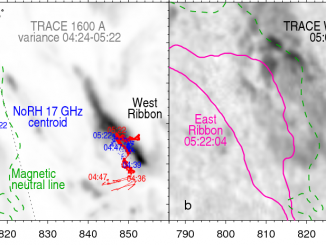 Hard X-ray (HXR) and microwave observations of flares show only a few nonthermal sources. They are simple and compact, especially in impulsive flares, suggesting involvement of one to two loops. Hanaoka (1996) and Nishio et al. (1997) interpreted these observations in terms of double-loop flares. This view was later extended up to long-duration flares (Tzatzakis, Nindos, and Alissandrakis, 2008). A concept of a simple flare loop became dominant. However, observations […] 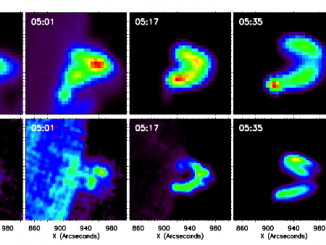 We study the quasi-periodic pulsations (QPPs) of nonthermal emission in an M7.7 class flare on 2012 July 19 with spatially resolved observations at microwave and HXR bands and with spectral observations at decimetric, metric waves. Microwave emission at 17 GHz of two footpoints, HXR emission at 20–50 keV of the north footpoint and loop top, and type III bursts at 0.7–3 GHz show prominent in-phase oscillations at 270$\,$s. Through the […]