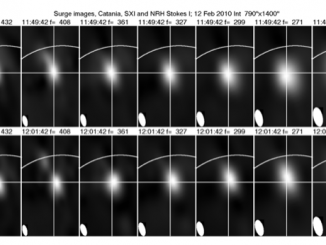 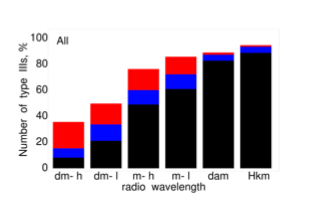 We present a short overview on the results from the first association analysis between in situ observed solar energetic electrons at 1 AU using the ACE/EPAM instrument (Samwel and Miteva, 2021) and radio bursts of type II, III and IV. The statistical analysis is performed over the last two solar cycles (SCs), 23 and 24 (1997-2019). All previous research has focused on energetic protons, whereas we aimed to compare in […] 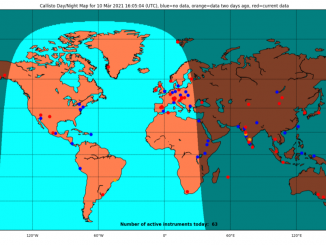 A solar radio burst (SRB) is the intense solar radio emission often related to a solar flare and one of the possibly extreme space weather events which may affect Earth’s ionosphere and signal propagation, wireless communication, power grids and navigation systems. If an SRB occurs with the enhancement in L band radio flux, it could influence the Global Navigation Satellite Systems (GNSS) signals through direct radio wave interferences. The major […] 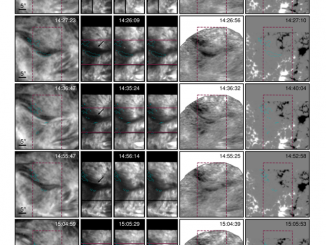 Filaments (or prominences) are “clouds” of cool (<104 K) material suspended in the solar corona by up to tens of megameters above the photosphere, and they can be broadly divided into quiescent filaments and active region (AR) filaments. Although both of these structures have been observed for a long time, particularly in recent years by NASA’s IRIS telescope, there are open questions on the magnetic topology of filaments and the […] 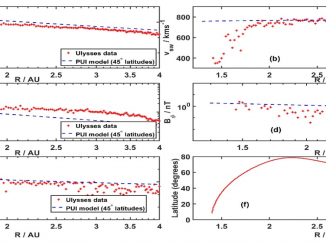 We investigate angular broadening of radio wave scattering by density irregularities in the outer heliosphere and the very local interstellar medium (VLISM), incorporating an inner scale, latitudinal, and radial dependencies for the density fluctuation spectra and radiation propagation paths both near and out of the ecliptic plane. Outer Heliospheric Radio Emission Low-frequency radio wave emission was discovered in the distant heliosphere by the Voyager missions. A number of investigations [e.g., […] 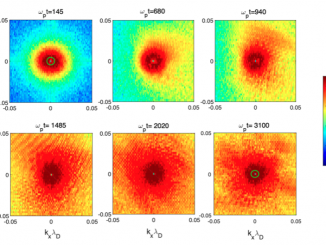 Solar radio bursts of Type III were currently observed since decades in the interplanetary space (Reid and Ratcliffe, 2014). They result from a series of successive processes arising in solar coronal and wind plasmas where Langmuir wave turbulence is radiated by electron beams generated during flares, leading ultimately to the emission of electromagnetic waves at the fundamental plasma frequency $\omega _{p}$ and its second harmonic. The Letter by Krafft and […] 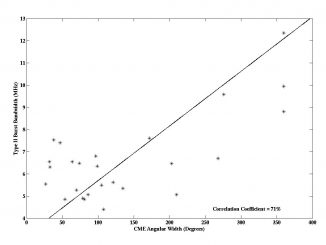 While it is widely accepted that the type II radio bursts observed in the interplanetary medium are due to the coronal mass ejections (CMEs), the energetic disturbance responsible for the shocks that generate the type II bursts observed in the near-Sun corona is still being debated.  Several studies indicate that CMEs are responsible for the coronal type II bursts too, but flares and various other eruptive activity have also been […] 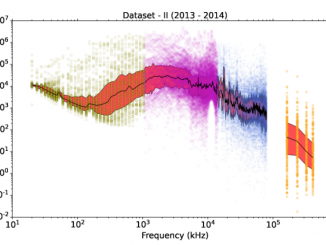 Solar type III radio bursts are produced by electron beams that are propagating along open magnetic field lines in the corona and interplanetary medium (IPM). Type III bursts drift from high frequency (~1 GHz) to 20 kHz at 1 AU and sometimes even beyond. It has been known for a long time that type IIIs are extremely variable, both in radio flux density and in observing frequency range. A statistical […]