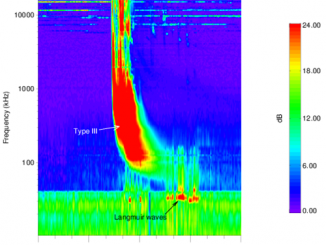 The type III radio bursts are the most intense radio emissions from the sun. In Figure 1, we present a typical type III burst observed by the STEREO spacecraft. Ginzburg and Zheleznyakov (1958) were the first to suggest that Langmuir waves excited by the solar flare accelerated electrons are the source of these bursts. The in situ detection of electron beams and Langmuir waves in association with type III bursts […] 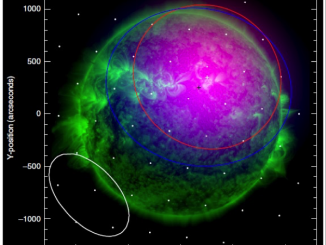 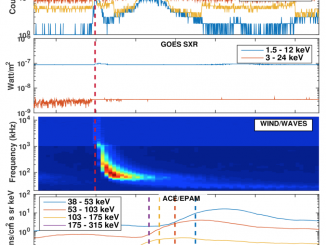 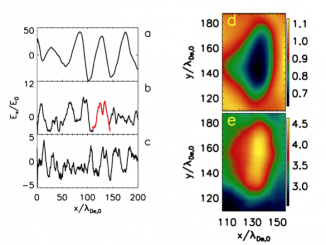 It is commonly accepted that energetic electron beams can produce drift frequency radio emission or Type III bursts since Ginzburg and Zhelezniakov first proposed the idea in 1958. However, the electron two-stream instability time (see reference 2) in the corona is fraction of a second, while the duration of coronal Type III bursts lasts several orders of magnitude longer. This problem is called the “Sturrock Dilemma” and remains a subject […] 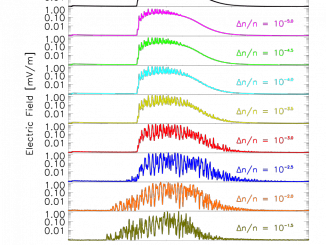 Langmuir waves that generate type III radio bursts are excited by high-energy electron beams streaming out from the corona through interplanetary space. Despite a smooth temporal distribution of electrons, the Langmuir waves are measured to occur in discrete clumps, commonly attributed to the turbulent nature of the solar wind electron density (e.g. Smith and Sime 1979, Melrose et al 1986). But how do fluctuations in the background plasma shape the […] 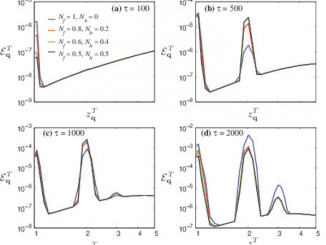 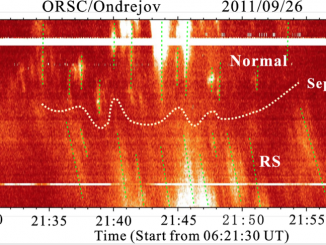 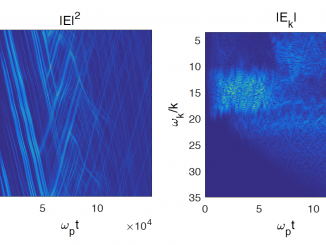