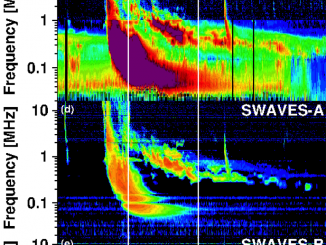 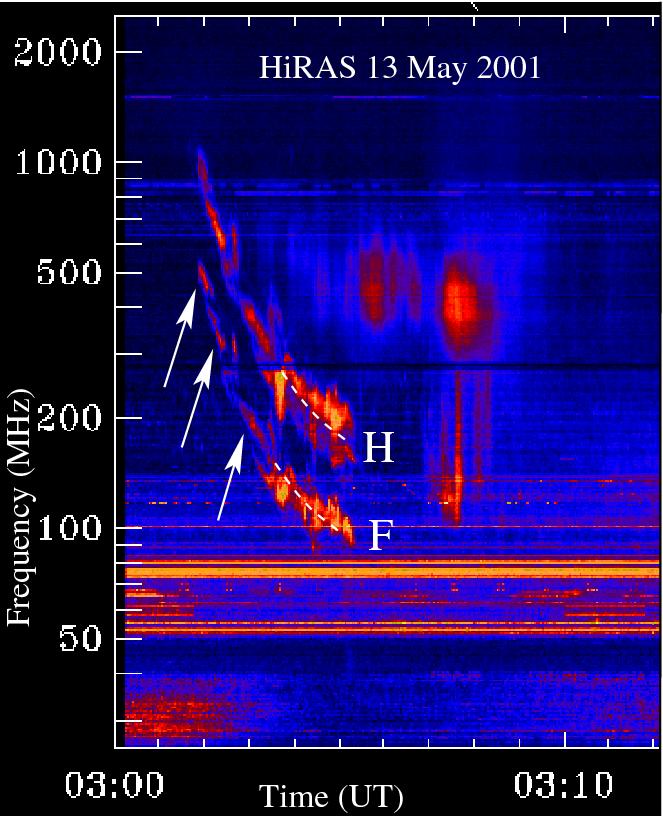 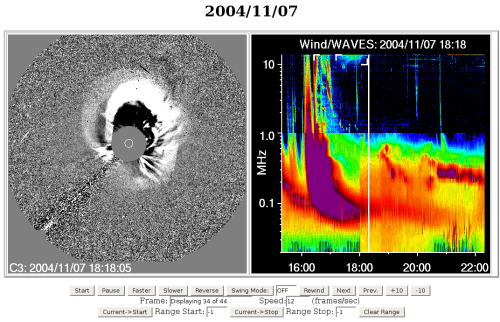 The CDAW Data Center announces the availability of a new catalog of type II radio bursts detected by the Radio and Plasma Waves (WAVES) experiment on board the Wind spacecraft and the associated coronal mass ejections (CMEs) observed by the Solar and Heliospheric Observatory (SOHO). The catalog is available at http://cdaw.gsfc.nasa.gov/CME_list/radio/waves_type2.html The catalog also contains information on the associated flares (X-ray importance and NOAA active region number). The CME sources […] 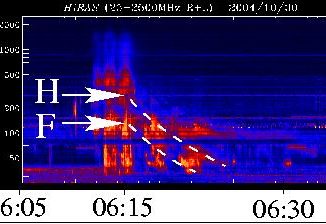 In the solar corona, shocks are formed when the speed of a disturbance exceeds the local magnetosonic (Alfvén) speed. At low atmospheric heights, above high-density active regions, the Alfvén velocity can drop down to a few hundred km/s, but it then rises steadily to a global maximum of about 1000 km/s near the heliocentric height of 3.5 R (see calculations in Warmuth & Mann 2005). At heights above 1.5 R […]