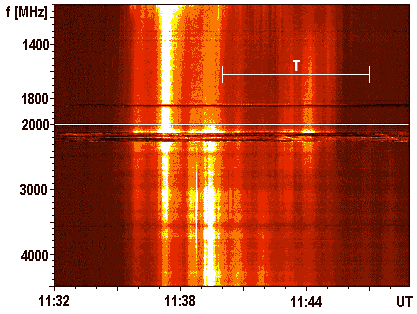 It has been theoretically predicted (Roberts et al. 1983, 1984) that the periodicity of magnetoacoustic modes can be modified by the time evolution of an impulsively generated signal. One of the obvious sources of such a disturbance is the impulsive flare process. These magnetoacoustic waves are trapped in regions with higher density (e.g., in coronal loops) acting as waveguides. The impulsively generated wave in such a coronal waveguide exhibits three […]