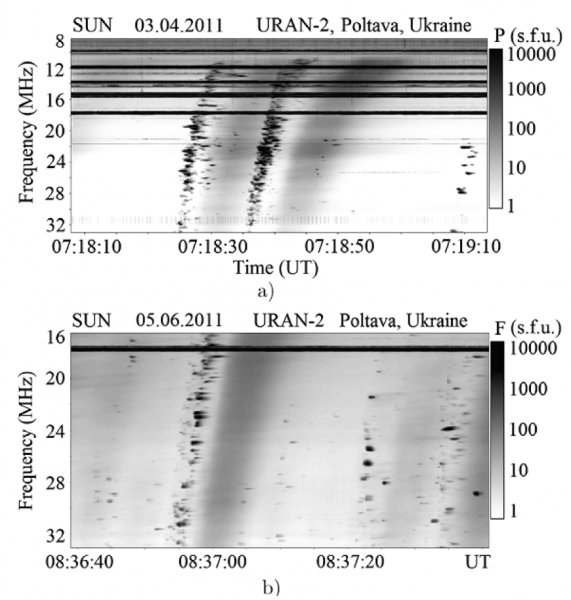 Frequency dependences of drift rates for both components are linear \(d{f}/ d{t} \approx – Af \) (\(0.8{s^{ – 1}} < A < 0.18{s^{ – 1}}\)) and drift rates for Type IIIb bursts were higher than for Type III bursts. As a rule, they changed from 2 MHz/s at 12 MHz to 4 MHz/s at 31 MHz. If components of IIIb-III pairs are harmonically connected then the ratio of their drift rates at one and the same time should be equal 2 independently of the model of the solar corona. We derived that these drift-rate ratios are equal to 1.9, 1.8, 1.6 for 3 April, 5 June, and 5 September, respectively. Taking into account errors in the measurement of drift rates, there is quite a good correspondence.

Durations of both Type IIIb and Type III bursts decreased with frequency but steeper for Type III bursts. Durations of Type III bursts were some times (4-7) larger than those for Type IIIb bursts. This property does not know in what way to be understood if both components are harmonically connected. Their different frequency dependences seem to suggest different physical nature of Type IIIb and Type III durations. If the latter is defined by a spatial size of corresponding electron beam then the former is determined by collision rate. Such difference contradicts harmonic character of components of IIIb-III pairs. 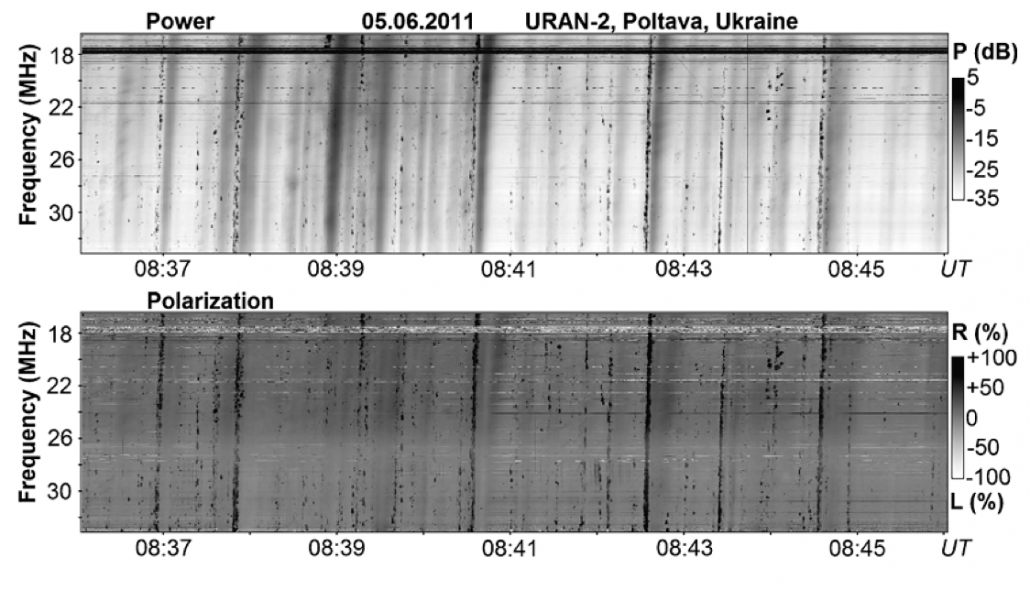 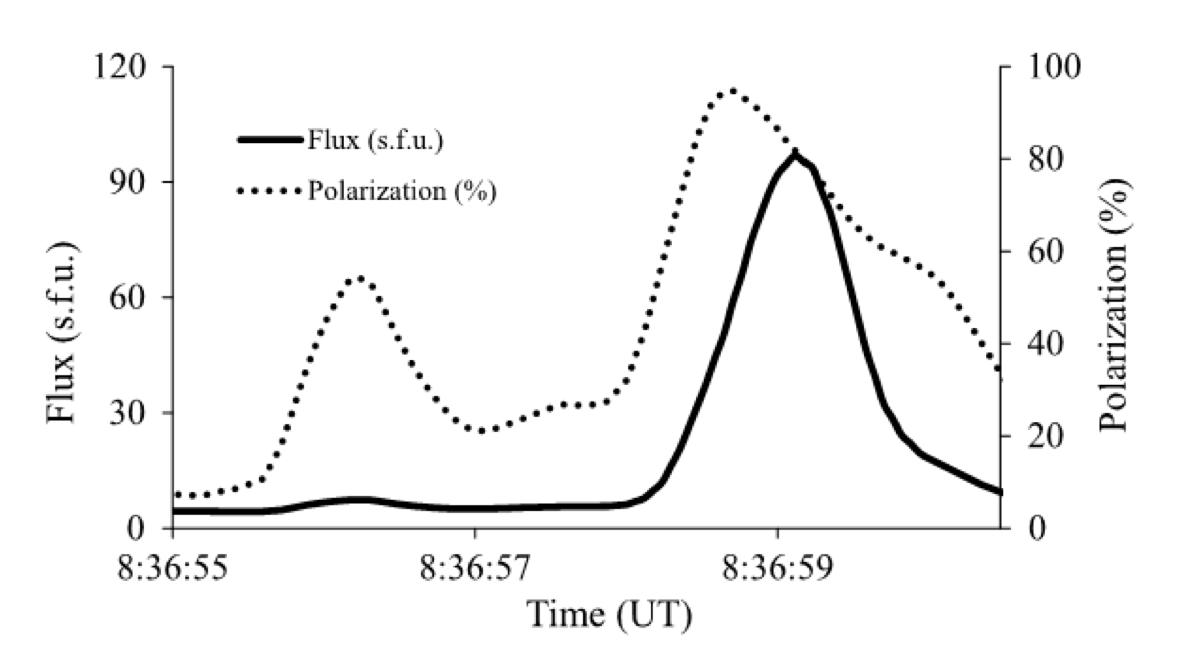 Figure 3. Flux (solid curve) and polarization (dotted curve) profiles for a Type IIIb burst observed on 5 June 2011 at a frequency of 23 MHz.

The properties of decametre IIIb–III pairs can be considered as such that Type IIIb bursts are the fundamental and Type III bursts are the second harmonic. In favour of this is the fact that the frequency ratios of the IIIb–III components are about two. As a consequence of the harmonic character of the components, the frequency drift ratios are also close to two. We consider as very important evidence of the harmonic structure of the IIIb–III pairs high polarizations of Type IIIb bursts and small polarizations of Type III bursts. Accompanying properties of these bursts, namely maximum polarization in advance of flux maximum for Type IIIb bursts and larger Type IIIb frequency drifts in comparison of Type III bursts frequency drifts, can also be explained. The presence of Type IIIb fine structure in the form of stria bursts and its absence for Type III bursts can be explained by small-scale inhomogeneity of coronal plasma (Loi et al. (2014)). At the same time there is an open question concerning the essential distinction of the IIIb–III component durations. Moreover, it is unclear what the cause is of the different physical phenomena that determine these durations. Nevertheless, in our opinion IIIb–III pairs are harmonic components because most of the observational indications are in favour of this idea.