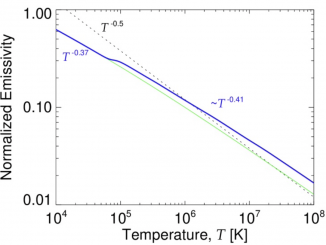 Thermal plasma in the solar corona is often characterized by a range of temperatures. This plasma can be described by the differential emission measure (DEM), which is a distribution of the thermal electron density square over temperature. The DEM-based treatment is widely used in application to the optically thin EUV and X-ray emissions. However, there has been no corresponding treatment in the radio domain, where optical depth of emission can […] 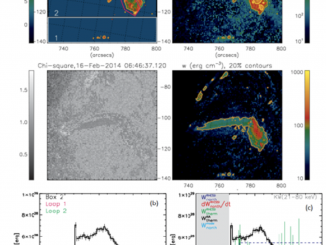 The solar flare phenomenon is a complex process in the solar atmosphere where non-potential magnetic energy is released and converted into other forms of energy, such as nonthermal energy of accelerated particles, thermal energy of heated flaring plasma, kinetic energy of eruptions, jets, up/down flows, and stochastic (turbulent) plasma motions. The processes lying behind initial division between energy components, distribution of these components among flaring loops and their evolution are […]