Langmuir waves that generate type III radio bursts are excited by high-energy electron beams streaming out from the corona through interplanetary space. Despite a smooth temporal distribution of electrons, the Langmuir waves are measured to occur in discrete clumps, commonly attributed to the turbulent nature of the solar wind electron density (e.g. Smith and Sime 1979, Melrose et al 1986). But how do fluctuations in the background plasma shape the distribution of the clumps?

Electron beams near the Earth

To isolate the effect of density fluctuations, we ran nine identical electron beam simulations using our 1D kinetic model except that we varied the intensity of density fluctuations, $\Delta n/n$ from zero to 3%. We set electron beam and background plasma parameters to be comparable to measurements near the Earth, with the mean background electron density constant. Figure 1 shows a snapshot of the electric field intensity from excited Langmuir waves. 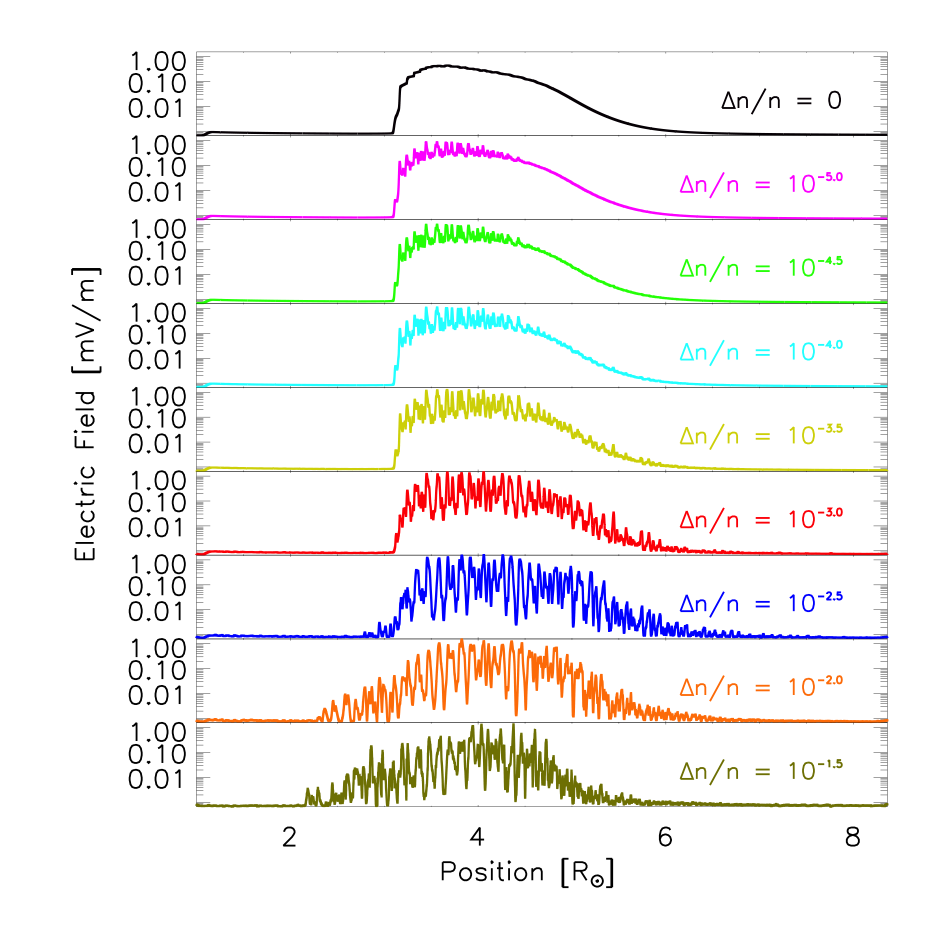 Figure 1: Enhanced electric field generated by a travelling electron beam in plasma with different levels of density fluctuations; zero at the top, increasing to 3% at the bottom.

As the level of density fluctuations in the background plasma was increased, the clumpyness of the Langmuir waves increased. When fluctuations are present, Langmuir waves are refracted off the changing density gradients, clumping in regions of space favourable to Langmuir wave generation. How are these clumps distributed? The resulting probability distribution of the electric field is shown in Figure 2. 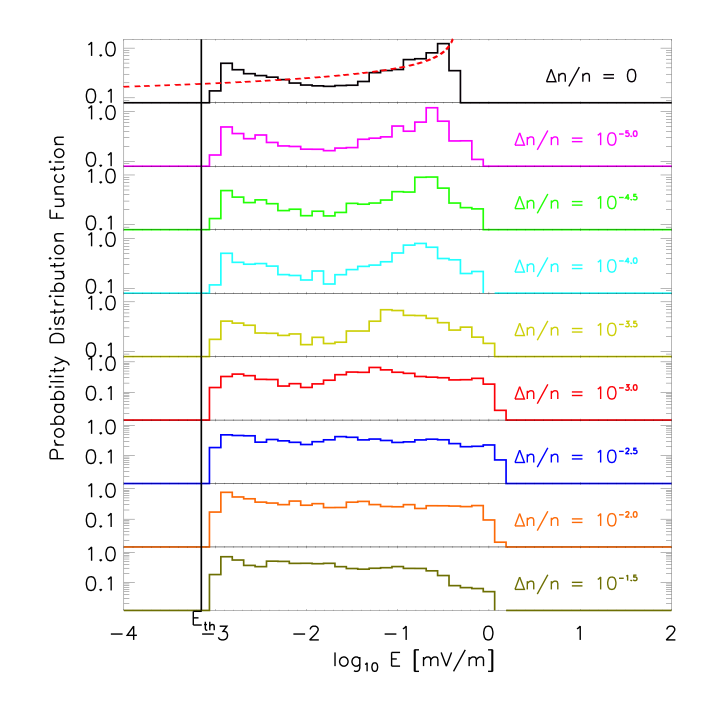 Figure 2: Probability distribution function of the electric field shown in Figure 1. The background thermal level Eth is indicated by the vertical black line

Electron beams through the Heliosphere

As Solar Orbiter and Solar Probe Plus are going to be flying through the inner heliosphere soon, what is our prediction of how the distribution of the clumps vary close to the Sun? We simulated electron beams injected into the solar corona and propagated through the heliosphere, like Reid and Kontar 2013. This time the mean background electron density gradient was not constant but decreased as a function of distance from the Sun, akin to the solar corona and solar wind plasma. The electron beam and background plasma parameters were comparable to remote sensing measurements. Figure 3 shows the electric field and corresponding distribution for one simulation at different times.

Figure 3: Enhanced electric field generated by an electron beam travelling from the Sun, through the heliosphere at different times. The PDF of the electric field is also shown.

Accepted for publication in Astronomy and Astrophysics. The full work can be accessed here: http://adsabs.harvard.edu/abs/2016arXiv161107901R, corresponding author can be reached at hamish.reid@glasgow.ac.uk. SUPA School of Physics and Astronomy, University of Glasgow (UK).