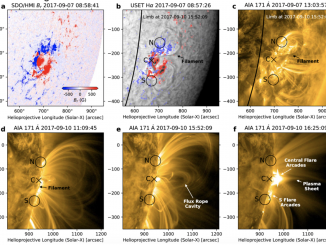 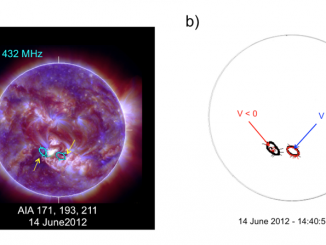 A coronal mass ejection (CME) is a phenomenon which produces large-scale ejections of mass and magnetic field from the lower corona into the interplanetary space (e.g. Forbes, 2000). The ejection of CMEs is often accompanied by the radio emission from non-thermal electrons. Particularly, stationary type IV continua are thought to be emitted by electrons in closed magnetic structures in the wake of the rising CME. Although basic properties, such as […]