The solar corona is a well known site for particle acceleration – examples range from spectacular large flares to the hard-to-observe nanoflares that are now a leading candidate for coronal heating. We focus here on radio noise storms, which are very commonplace instances of small electron acceleration episodes. Noise storm sources are relatively small (less than 1 arcmin) and vary over timescales shorter than a second. There can often be several such sources coexisting in the solar corona. Investigating their fine structure thus needs snapshot imaging with high spatial resolution and a wide field of view. This was achieved only recently. Such observations have the potential to enhance our understanding of electron acceleration, especially in the broader context of energy release mechanisms in the solar corona. 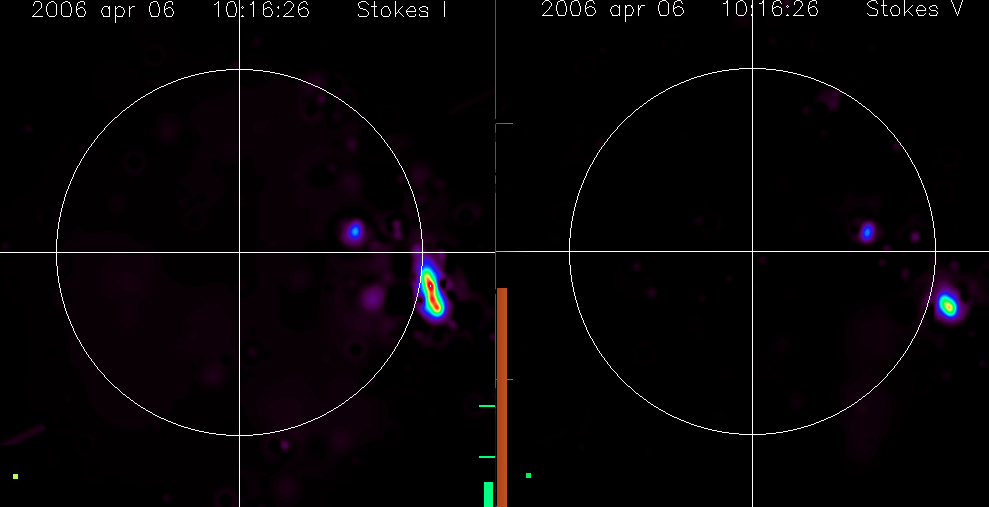 Figure 1: A 2 second snapshot of the solar corona at 236 MHz at 10:16:26 UT (Stokes I on the left and Stokes V on the right). The optical limb is indicated. The maximum brightness temperatures are indicated by the lengths of vertical bars on the left side of images, from \(10^6\) K at bottom left to \(10^{10}\) K at top left. Three noise storms are visible, the main one with a complex structure. The resolution is given by the spot at lower left. Note the differences between I and V images.

Recent work by Claude Mercier and collaborators has demonstrated the feasibility of combining advantages offered by the long baselines at the Giant Metrewave Radio Telescope (GMRT) with the densely spaced, short baselines of the Nancay Radioheliograph (NRH), enabling the best imaging observations of noise storms to date. Fig 1 shows a representative example – a 2 second snapshot of a few noise storm sources imaged on April 06 2006 at 236 MHz. The source is 35 arcsec at its smallest and the resolution is 20 arcsec. Fig 2 shows a closeup of the noise storm source off the west limb. Figure 3 shows a closeup of a noise storm source at 327 MHz on Aug 14 2004, where the complexity of the source (including bright cores and a surrounding halo) is evident.The dynamic range of such images is typically a few hundred. Sizes of other (similar) noise storm sources range from 31 to 45 arcsec at 327 MHz.

Figure 2: A 2 second snapshot of the solar corona at 236 MHz at 10:16:26 UT, with a smaller field of view. Note the differences in the structures of the storm near the western limb in Stokes I and V. 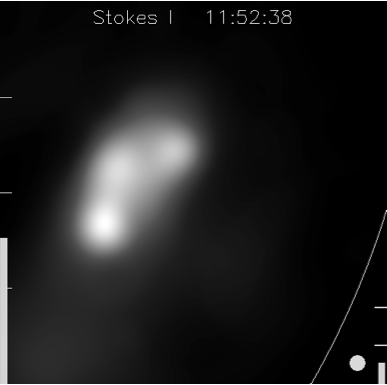 Figure 3: A Stokes I closeup of a 327 MHz complex noise storm source at 11:52:38, Aug 14 2004. The source has dominant cores with a surrounding halo – complexities which can be revealed due to the techniques adopted.

Such results are useful for understanding the characteristics of density turbulence in the outer corona, which leads to angular broadening of radio sources. In combination with high time resolution data, they also help constrain the energetics and statistics (e.g., duration, inter-episode timescale) of small, episodic electron acceleration in the solar corona., which is key to nanoflare heating models. With multiwavelength coverage, they also offer the possibility of refining noise storm emission theories and elucidating their 3-dimensional structure. With new and improved radio telescopes coming online, there is ample scope for further interesting work along these lines.