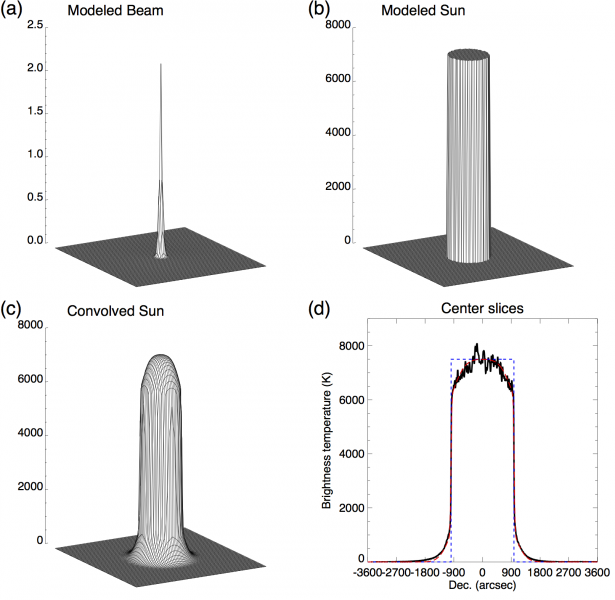 Brightness Temperature of the Sun

In this study, we defined the quiet region as the region that contains neither sunspots nor plages, using a UV image at 1700 Å obtained by the Atmospheric Imaging Assembly (AIA) onboard the Solar Dynamics Observatory (SDO). Figure 2 shows the region observed on 20 January 2015 by the raster scans conducted in this study. The red rectangle in Figure 2a indicates the quiet region considered here. We then produced a histogram of the brightness temperature of the quiet region, which was fit in accordance with a Gaussian function. The center of the Gaussian function was defined as the quiet-Sun level. The brightness temperature of the quiet Sun obtained in this study at 115 GHz is 7700 K. 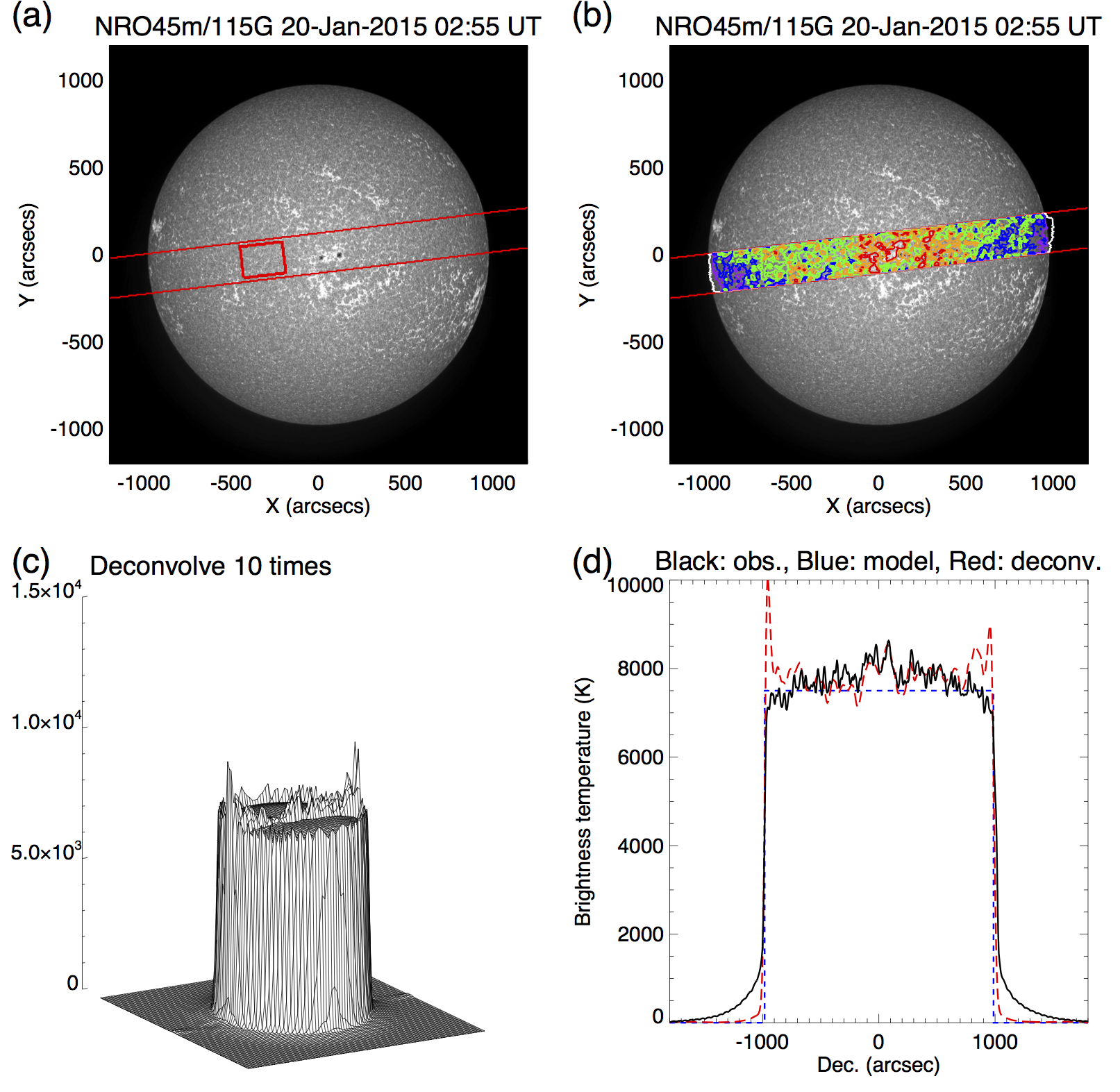 It is generally expected that the chromospheric emission at the solar limb should be brighter than at disk center because the emitting region is higher in the solar atmosphere; this is known as limb brightening. On the other hand, this study derived the telescope beam pattern from the observed solar disk by assuming a model that was composed of a flat disk with a sharp edge (see Figure 1b). Then, the real solar disk was derived via deconvolution of the derived beam pattern from the observed solar disk. Hence, the deconvolved disk should be flat, regardless of the occurrence of limb brightening. However, the deconvolved equatorial scans in Figures 2c and 2d exhibit a brighter limb. In our study, several network magnetic fields are apparent in the limb regions of Figure 2a. As the radio emission from these structures can cause brighter limbs, this may have led to pseudo limb brightening. In fact, Iwai and Shimojo (2015) have found that the brightness of the millimetric radio emission corresponds to the chromospheric structure. Note that the real limb brightening should exist at millimeter wavelengths. However, it cannot be deconvolved from the beam that derived from the flat disk model.

In this study, we established solar observation and calibration techniques at 2.6 mm wavelength for the Nobeyama 45 m telescope and accurately derived the absolute solar brightness temperature. The well-calibrated single-dish observations are important for high-resolution chromospheric studies because they provide the absolute temperature scale that is lacking from interferometer observations. In ALMA Observing Cycle 4, which began in 2016, ALMA will carry out single-dish solar observations which can be used to derive the absolute brightness temperatures of the diffuse structures. The calibration techniques established in this study will be applied to their calibrations.